Artist's Books - The Story of the colorful Ribbons 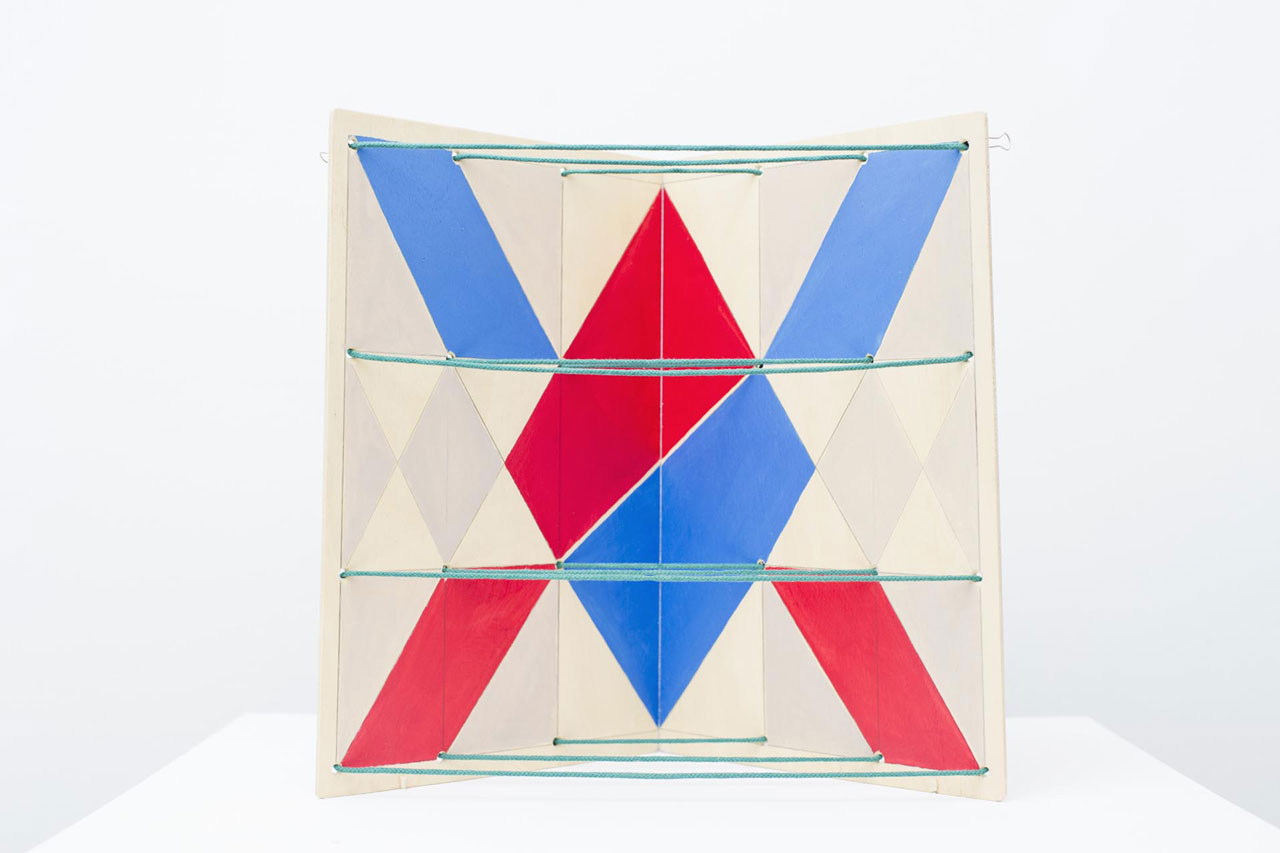 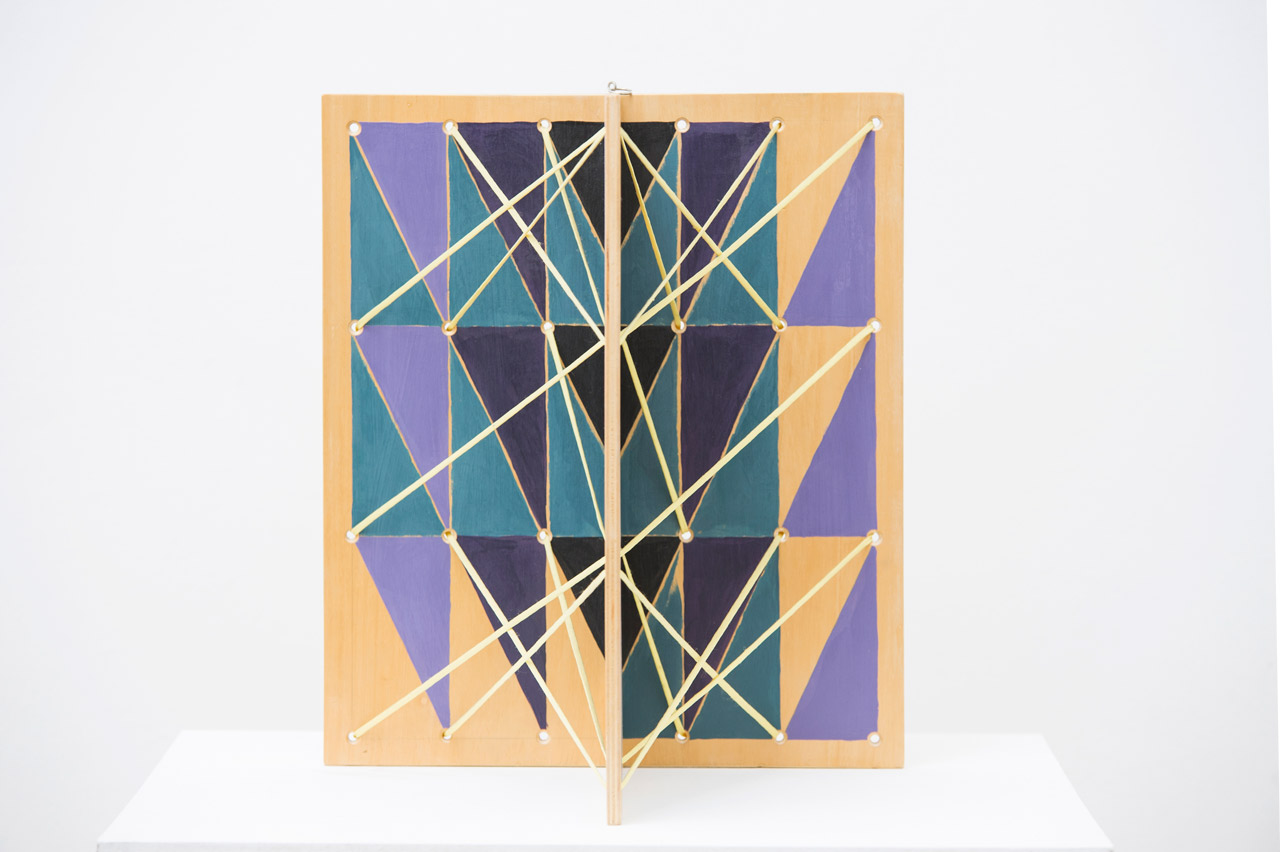 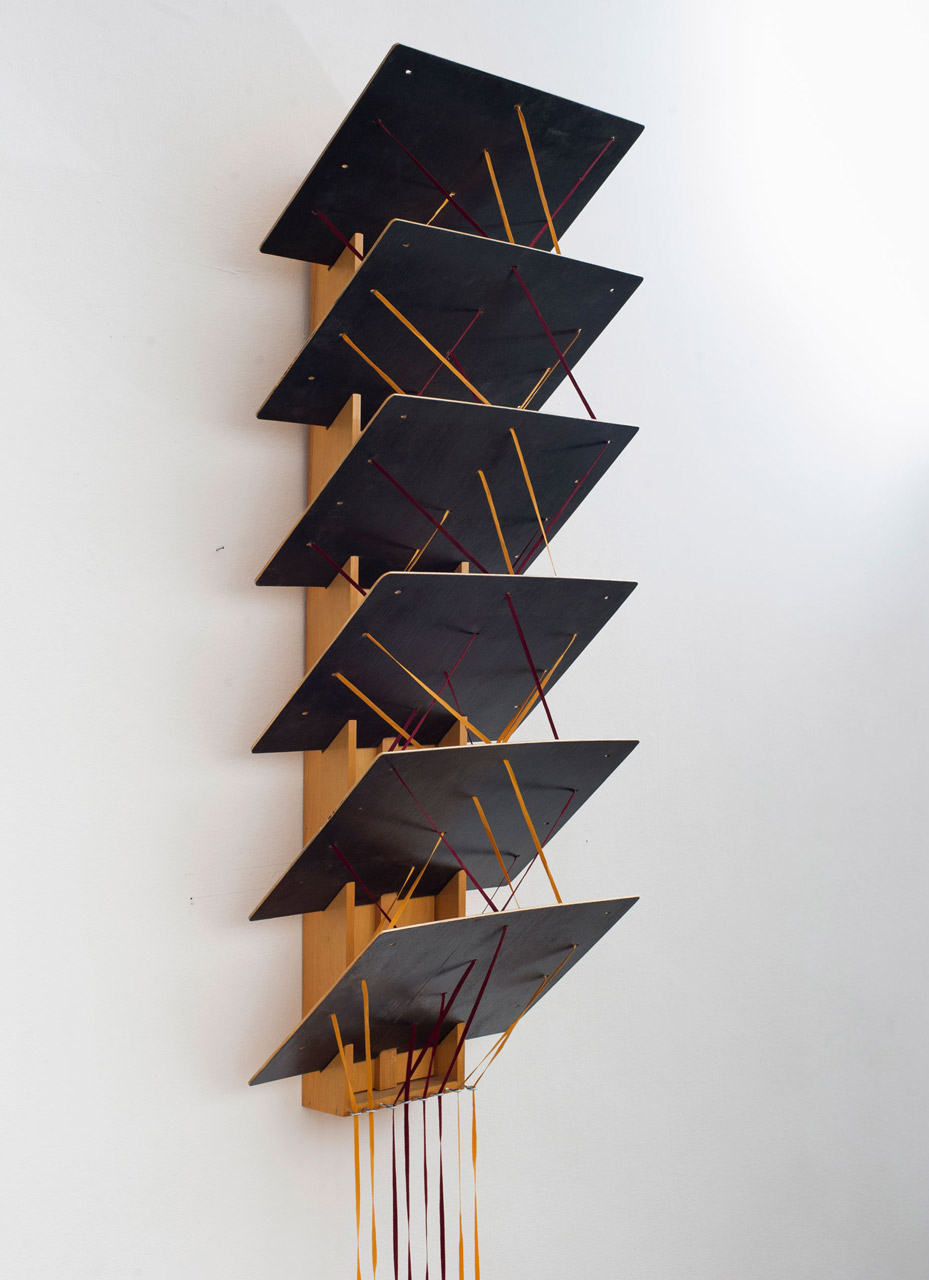 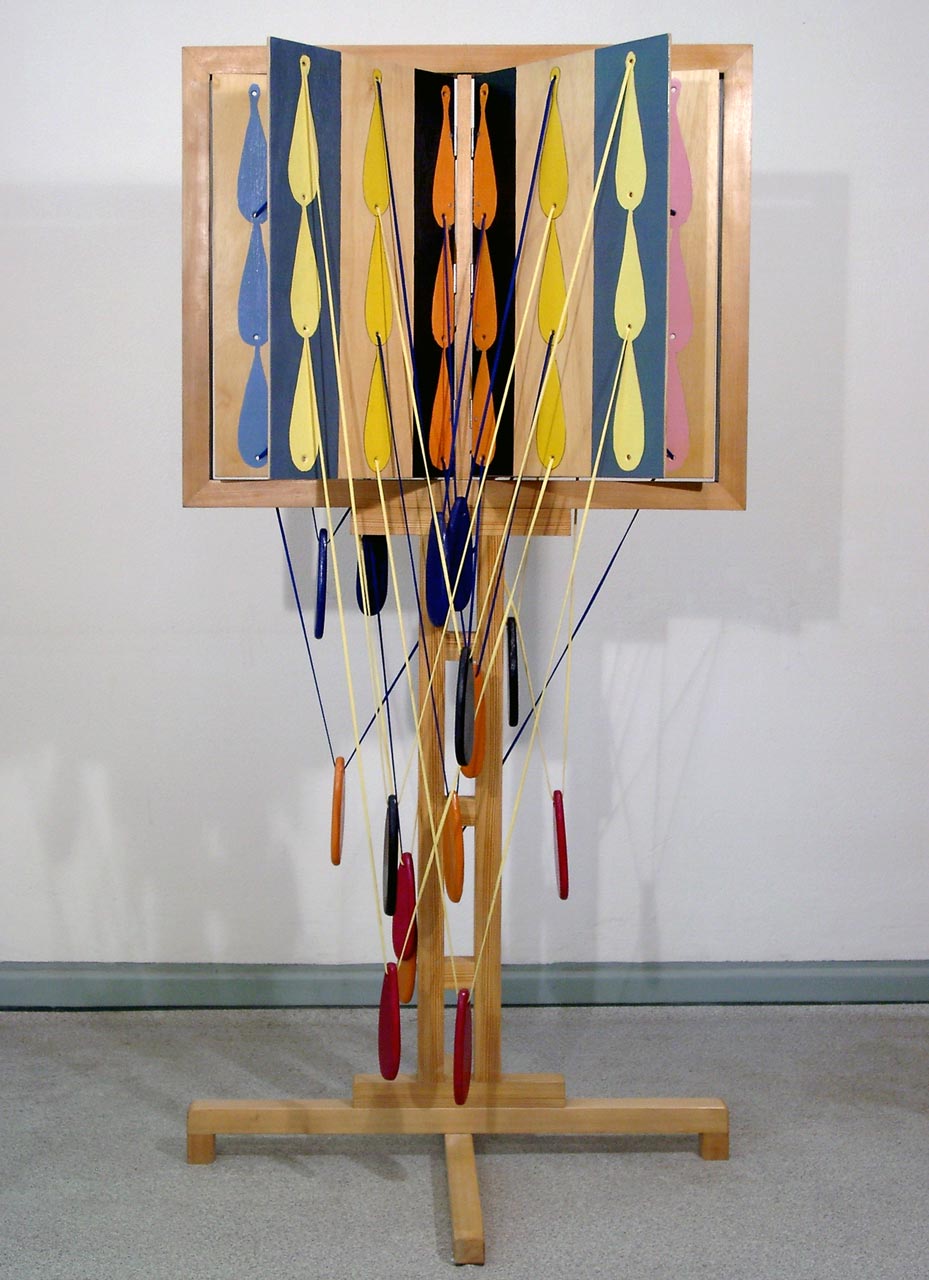 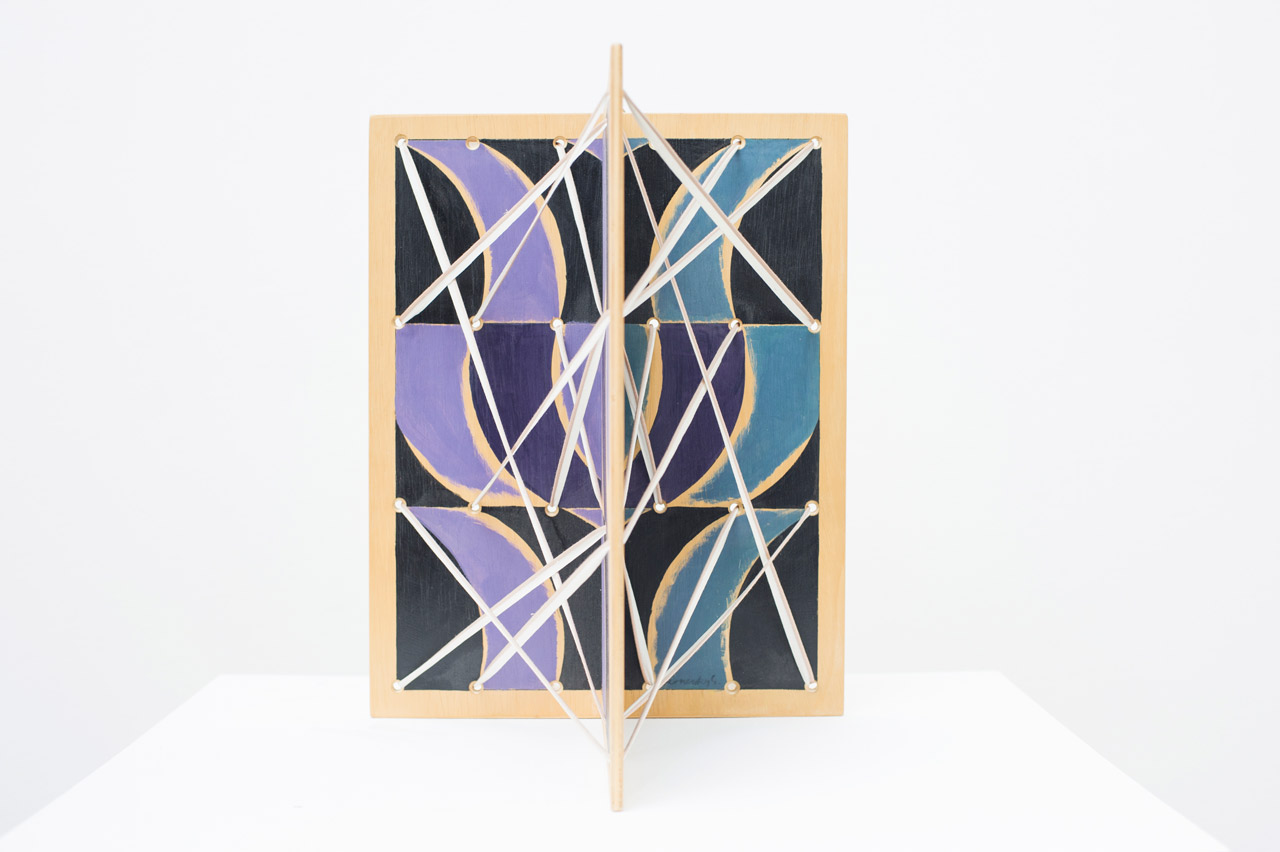 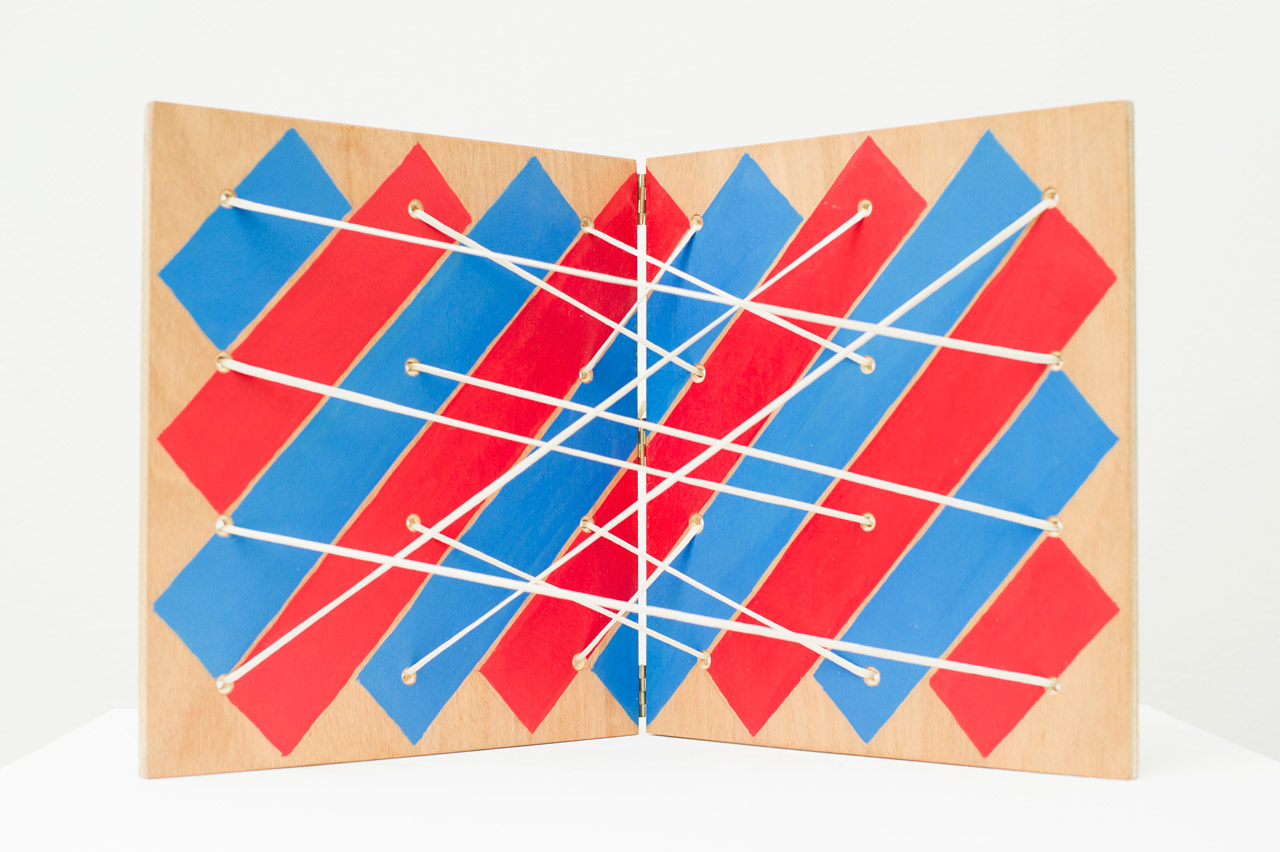 The Story of the Colourful Ribbons is a series of books designed differently from Gutenberg.
Instead of a text the course of various ribbons threaded through the book arranges the meaning. All sheets of the individual volumes have been perforated like punch cards. The ribbons go through these holes and run from page to page in the books. Their spatial starting position and their different colours result in a structure that has a logically regulated construction like a spinning pattern. The sequence of these patterns stands for the “story” of these books.

Consequently this “story” is a time-based and rhythmically articulated manifestation like music. But
it is silent. It is a question of an exclusively visual art having an old tradition. Namely, spinning and weaving are very old techniques. Their comeback in the form of books now eliminates their earlier practical function. The structural logic and the time element of the work are the only things left. However, not even this unpractical form is new at all. Many people know the children’s game with a cord stretched between the fingers. This game also has combinations of various logical compulsions and results in the feeling of surprise and pleasure. The infinite number of possible combinations in The Story of the Colourful Ribbons gives more: the feeling of freedom.

This combination of logical structures is reminiscent of the rules of polyphony, too. The freely chosen movement of the first ribbon (the “theme”) engages some holes on the pages and permits exactitude for some other holes for the next ribbon (“counterpoint”). You can arrange this counterpoint in the form of a reflected image of the theme, too, or in a crab-walk (“inversion”). All these variants inevitably lead to the fact that the successive ribbons describe the same pattern but in a phase-shifting way. This is the classical form of chain-singing (“canon”).

By way of these similarities I punched twelve holes on every sheet similarly to the twelve sounds of the chromatic scale and I made twenty-four volumes for the first series of The Story of the Colourful Ribbons like the twenty-four preludes and fugues in the first “Wohltem-periertes Klavier” series by J. S. Bach.

I wonder whether a book constructed by this logic can be classified in the family of artists’ books epitomising the avant-garde or, rather, the post-modern epoch? It is not more modern in this sense and it does without the eclecticism of post-modern manifestations, too.

In my work these books mean the spatial form of art, the “Soft Geometry” of three dimen-sions, which I promised in my manifesto of 1985 – without doubt how it will look, to be sure.

I imagine that this book series is a glance back at the craftsman’s strictness and the rigour of Classical art and Baroque music. Nevertheless, without any sorrowful nostalgia; rather with the cheerful intermediary practice of past decades.

Maybe other people feel like me and will be motivated to create books with colourful ribbons.