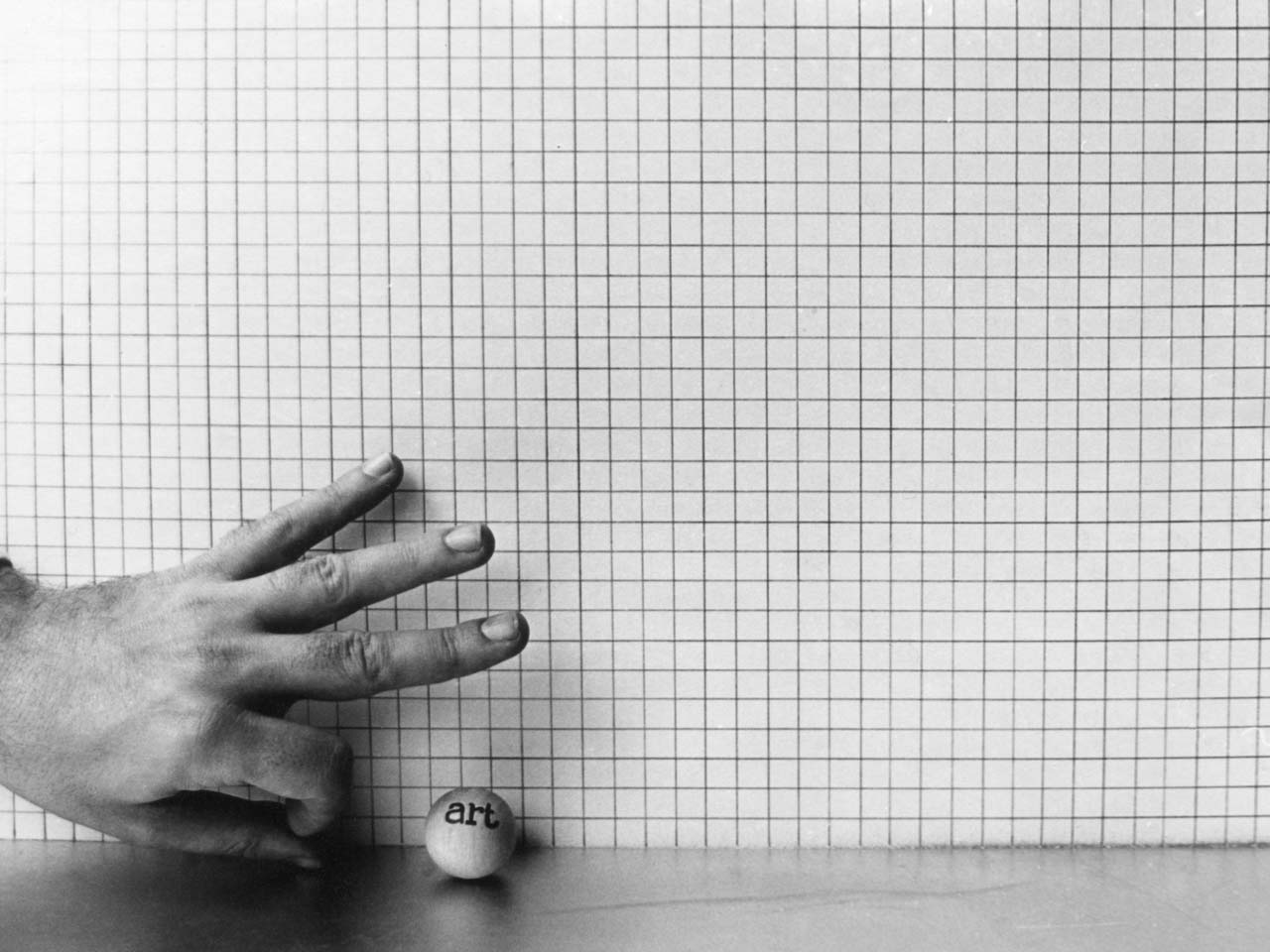 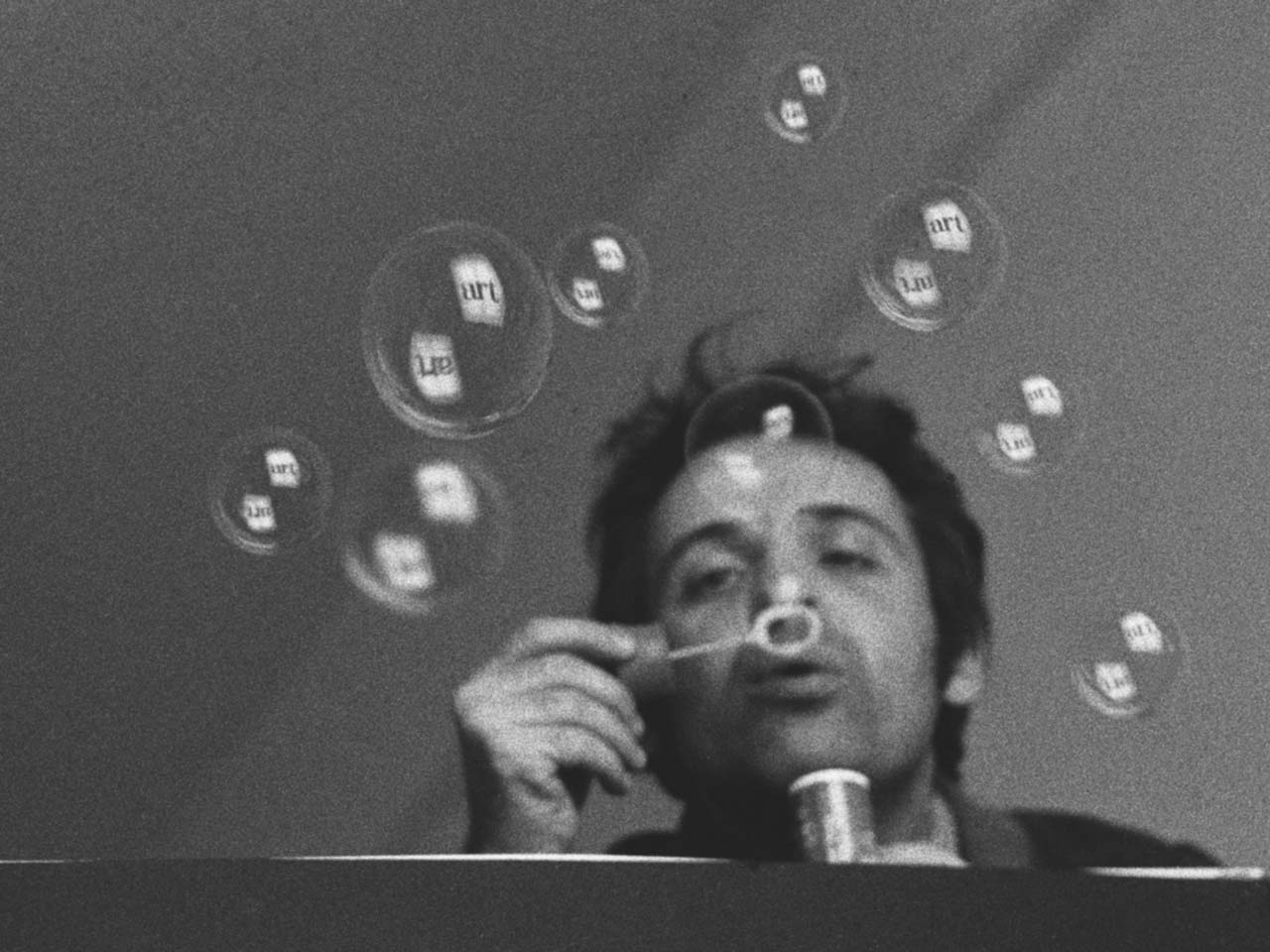 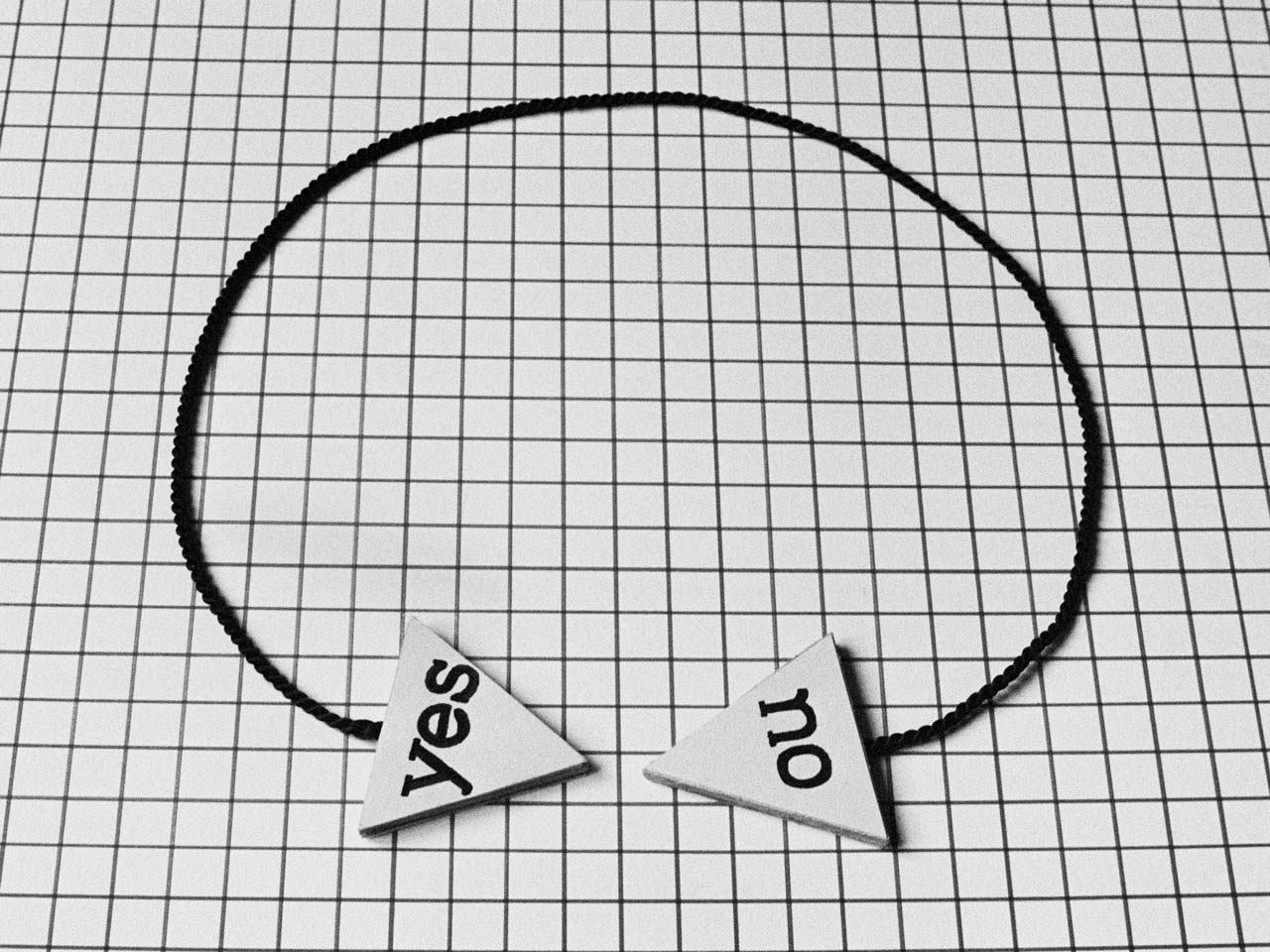 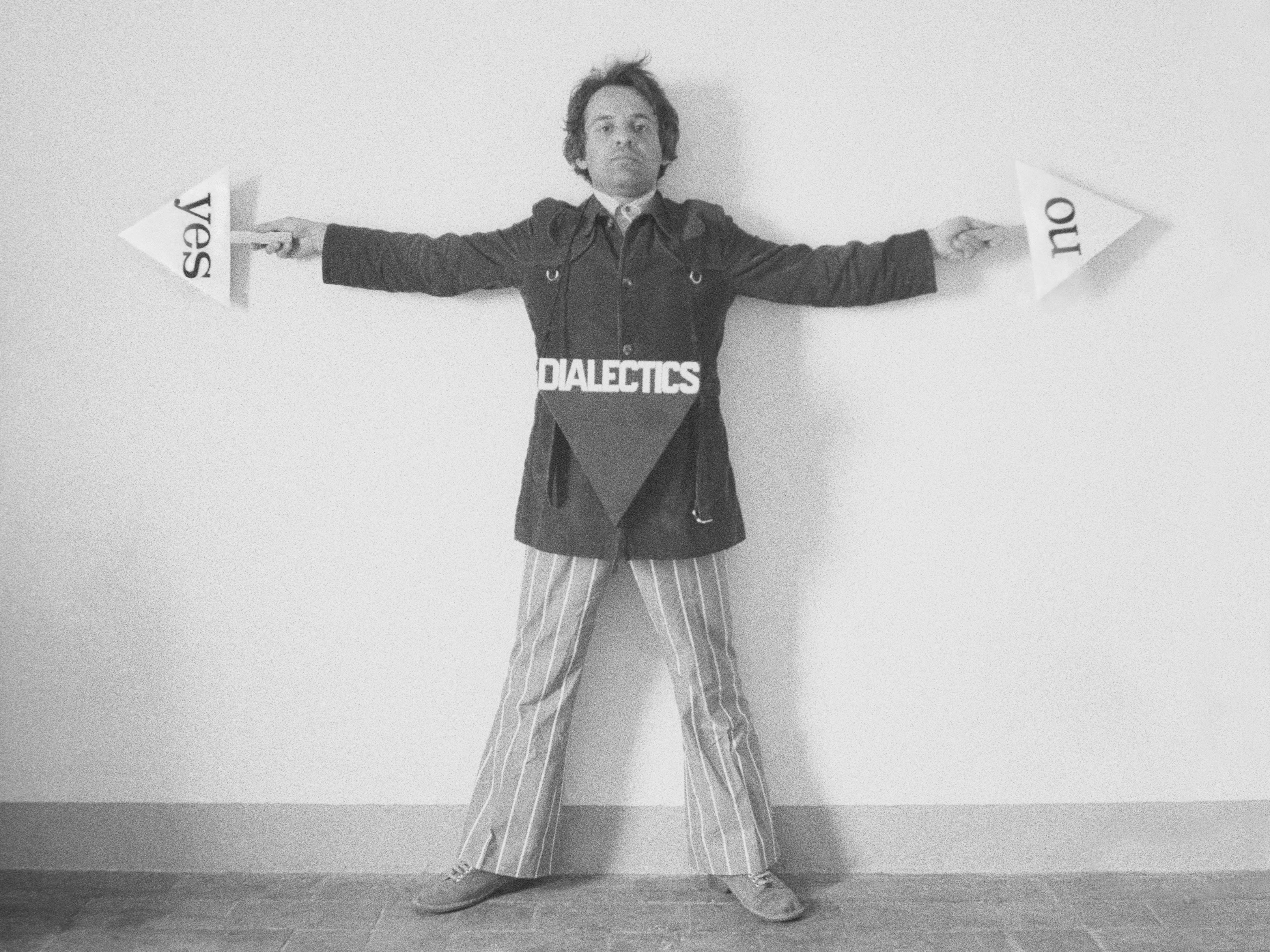 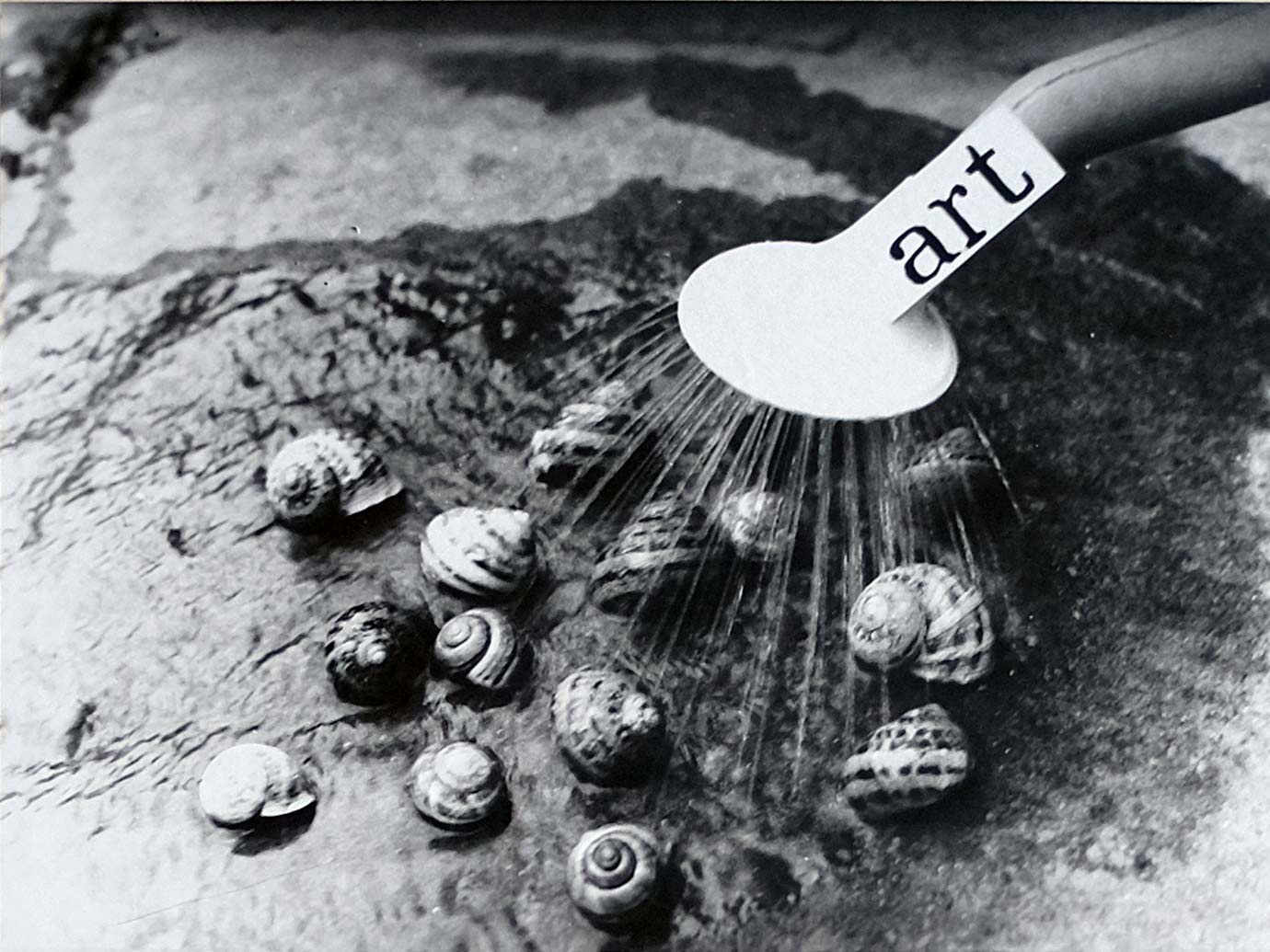 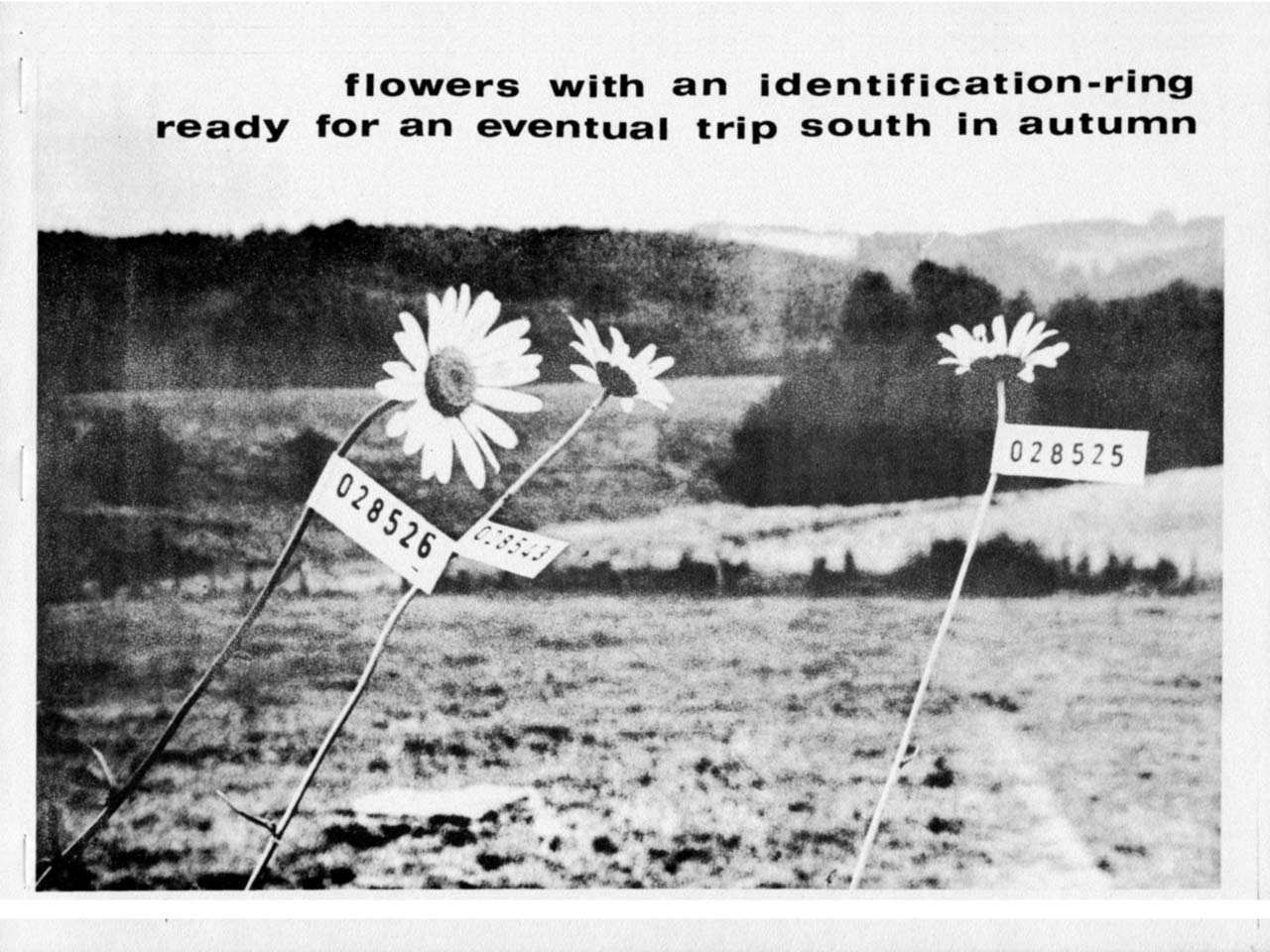 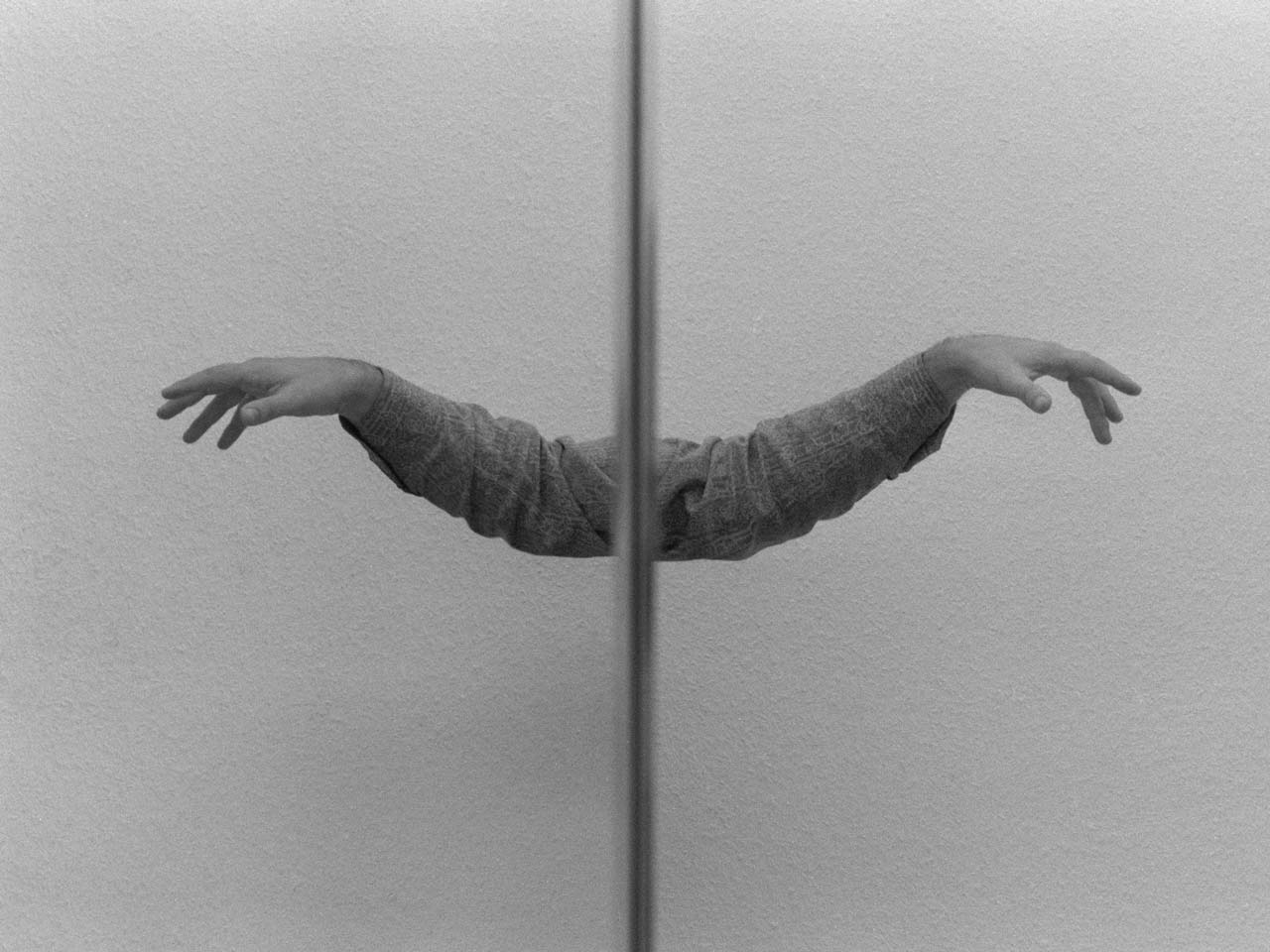 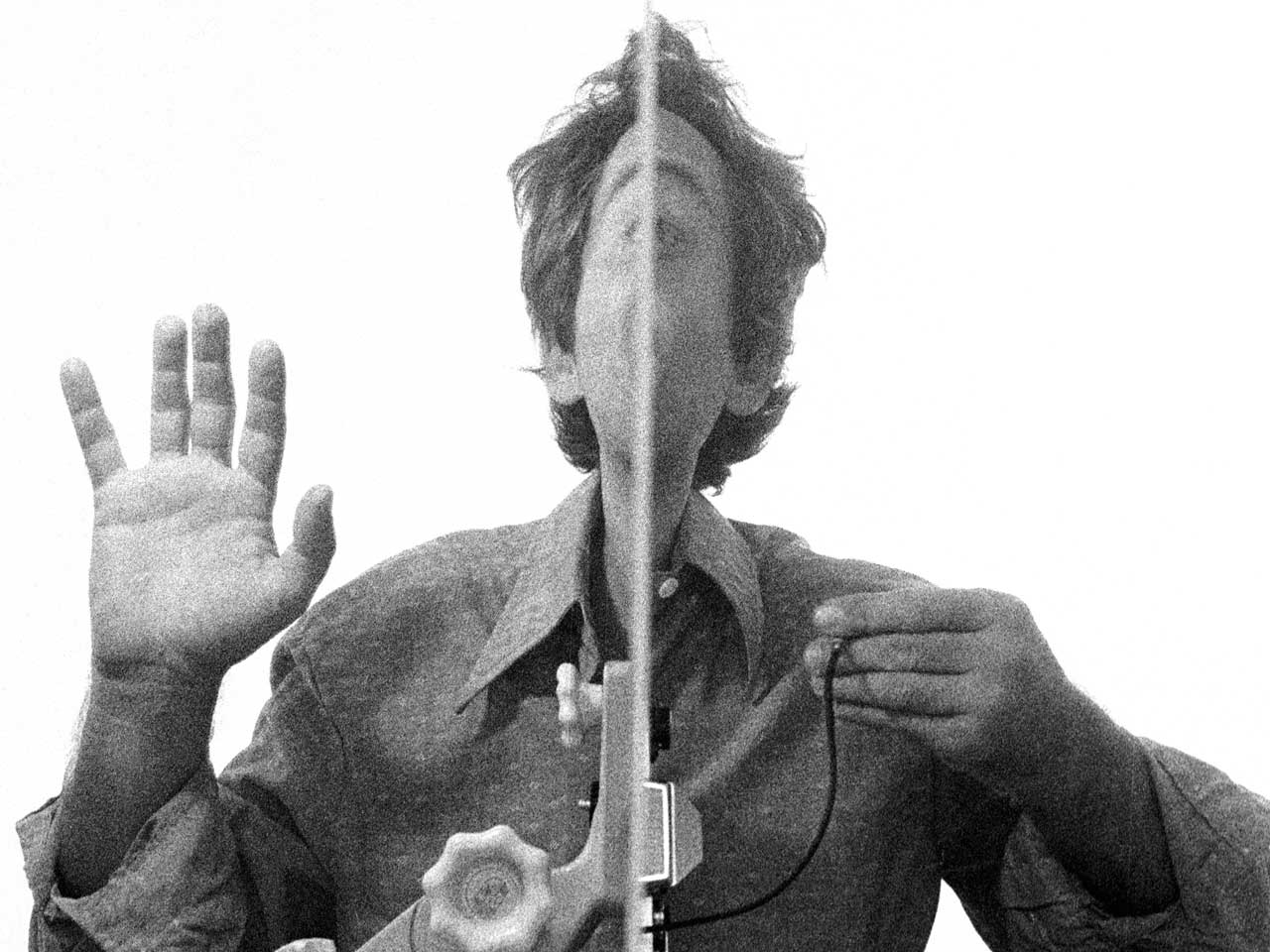 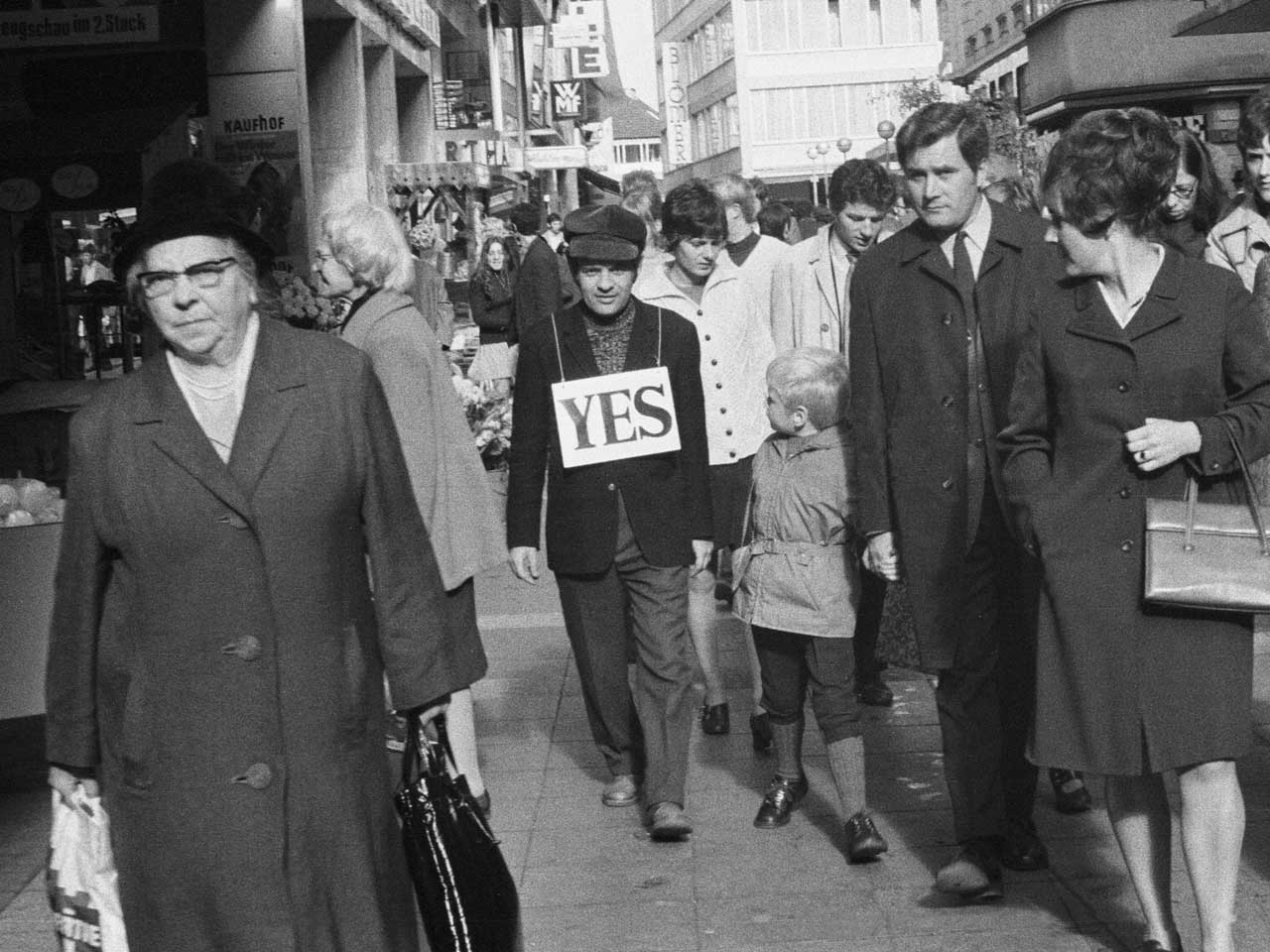 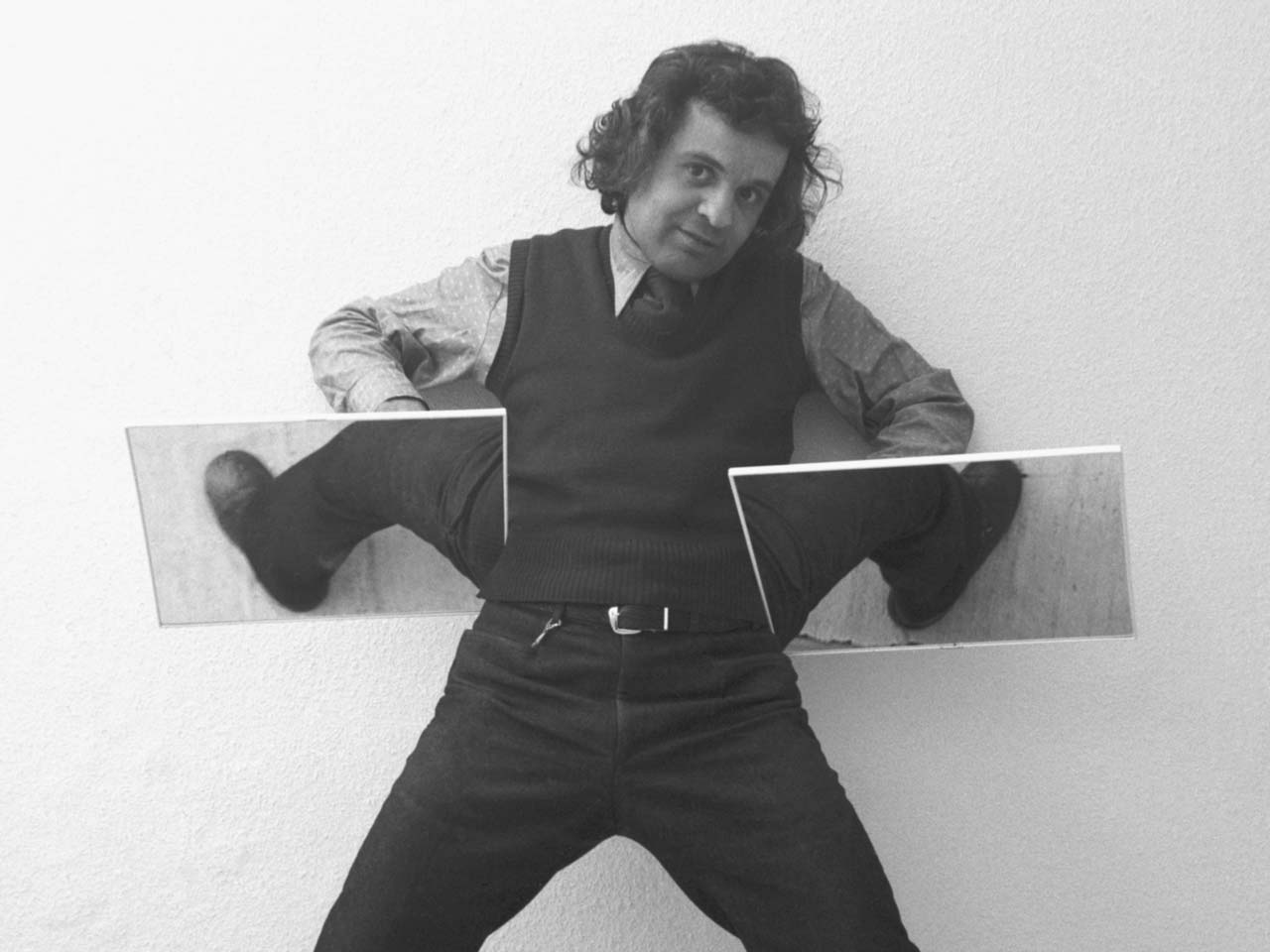 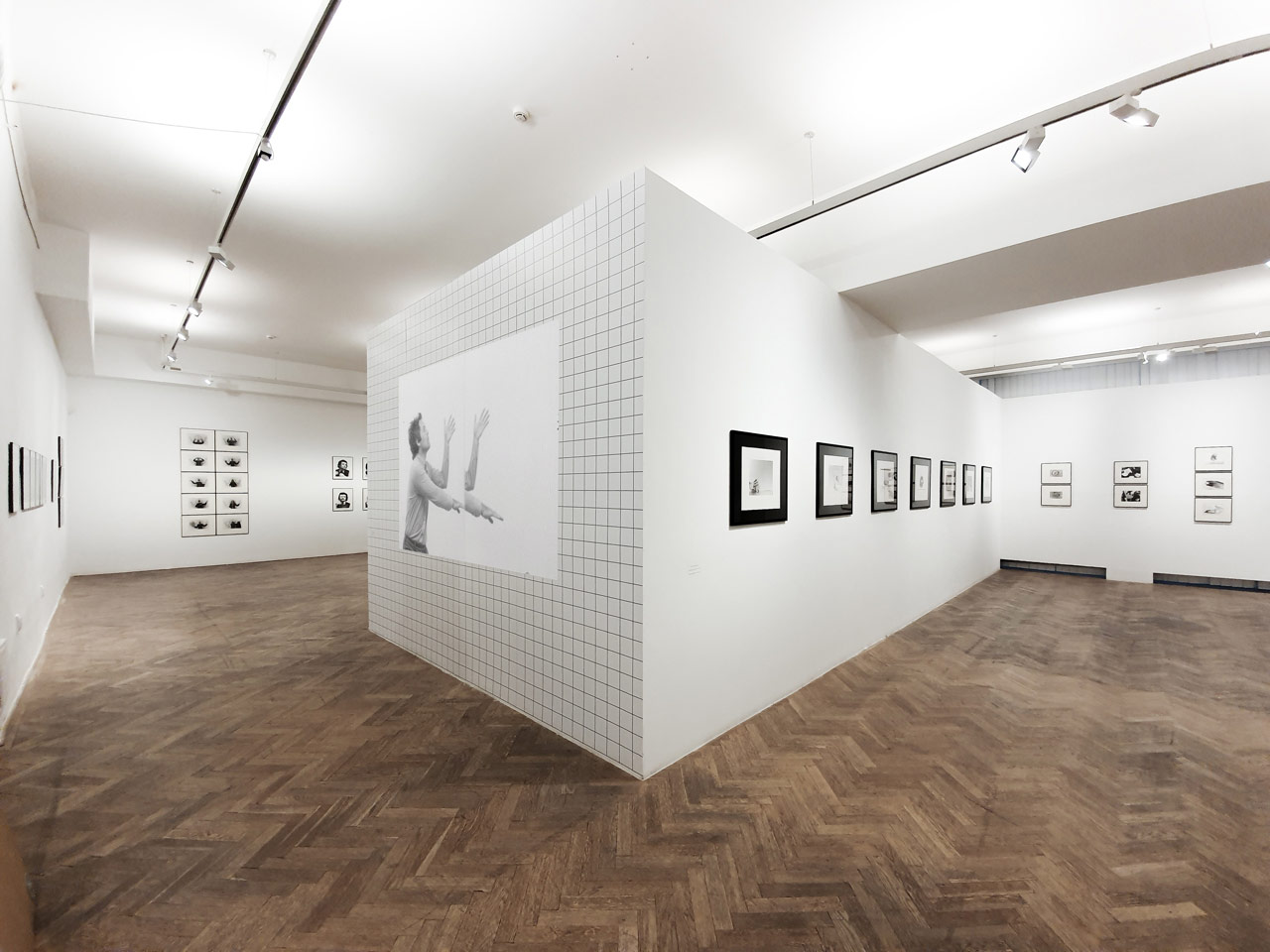 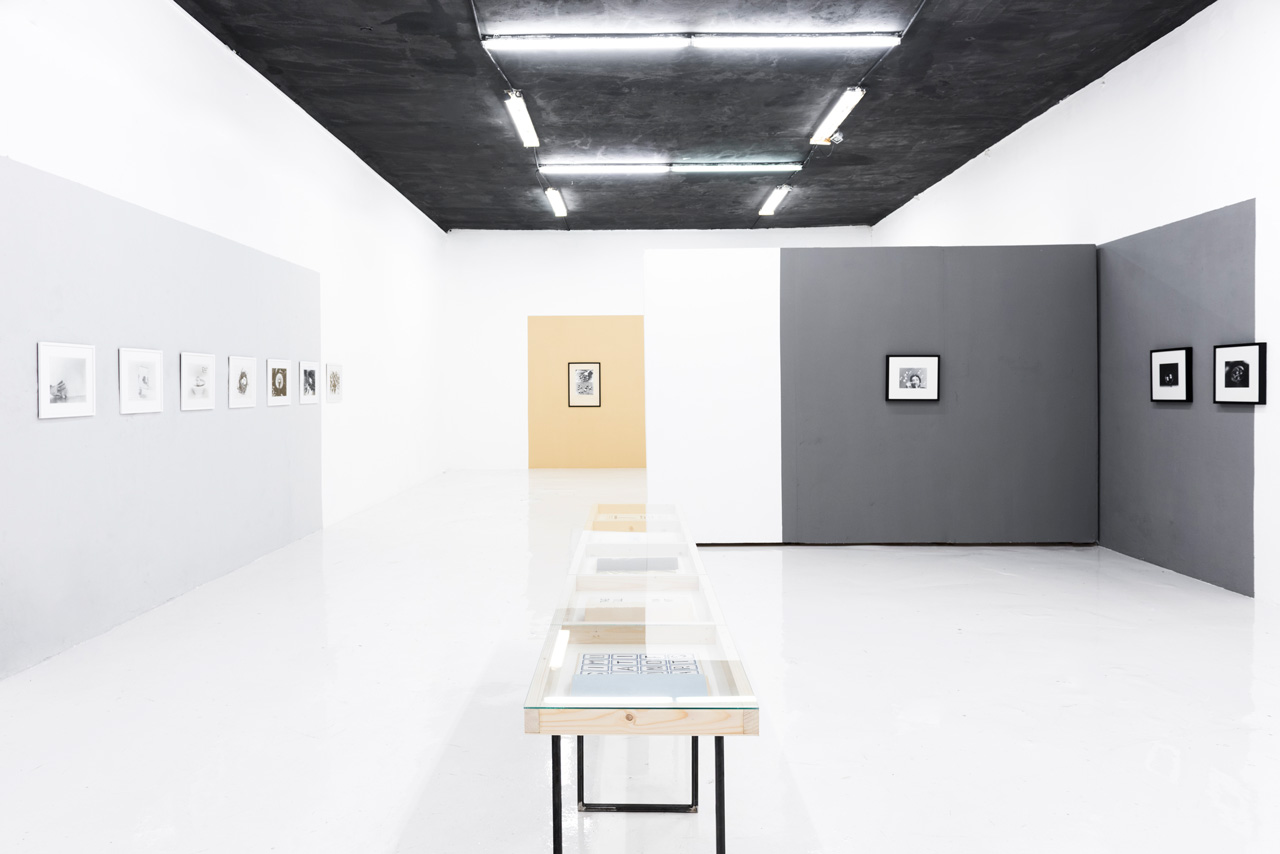 In the Underground Between East and West (except)

During my first year in Germany, I lived in a former student dormitory that had lapsed into a temporary hostel for occasional transients or younger refugees from the Eastern bloc. Those who frequented it referred to it simply as the Hungarian House (Magyar Ház). In my shared room, I had a bed and half a table, on which I constructed a tiny stage out of squared cards, so that I could set up and photograph small-scale art installations. I used a 35 mm Praktica camera (a GDR brand) that I had brought with me from Hungary. Not far from the Hungarian House, I discovered a youth club. Its basement contained a neglected photo lab, where I was able to develop my photographs and make enlarged prints on paper.

I developed a series consisting of small triangular forms with strings attached bearing the words yes and no (Yes–No Dialectic, 1971). One of those to whom the triangles appealed was Helmut Rywelski, head of the art intermedia gallery in Cologne. He had an edition of one hundred produced in hard plastic, and he planned to hold an exhibition of my work in his gallery. Before this could happen, however, Rywelski was forced to file for bankruptcy. The background to this was that art intermedia worked closely with Joseph Beuys and his disciples. Rywelski, an idealist, took seriously Beuys’s doctrine and demand that his artworks should be inexpensive and accessible to everyone, and so Rywelski hardly ever sold work for more than ten or twenty marks. People did not want to acquire even a work by Beuys this cheaply, and Rywelski saw his public fall away. Because of this experience, I was able to form an idea of the complex nature of capitalism shortly after my arrival in the West.

In early 1972, I began teaching in a high school (drawing, painting, art history, and art theory) and moved into a room of my own in the city. As it happened, this room had a window with a single, undivided pane of glass. I discovered that I could blow soap bubbles that would reflect the window as a whole, neat square in their upper surface. Now, if I cut some large letters out of black photo-mounting card and attached them to the window, this lettering would be reflected not once but twice (right-side up and upside down) against the bright patch of window on the soap bubbles. Taking advantage of this effect, I produced a final variant of my bubble-based action with the lettering art (this time written on the window), bringing to a conclusion my Concepts like Commentary series. The word art appeared on the bubbles, which would then burst. Before long, this action attained great popularity and remains to this day one of my best-known works: Art Bubbles.