ESTABLISHED 1970 BY GÉZA PERNECZKY
BASED AT STUDY CENTRE FOR ARTIST PUBLICATIONS. UNIVERSITY OF BREMEN 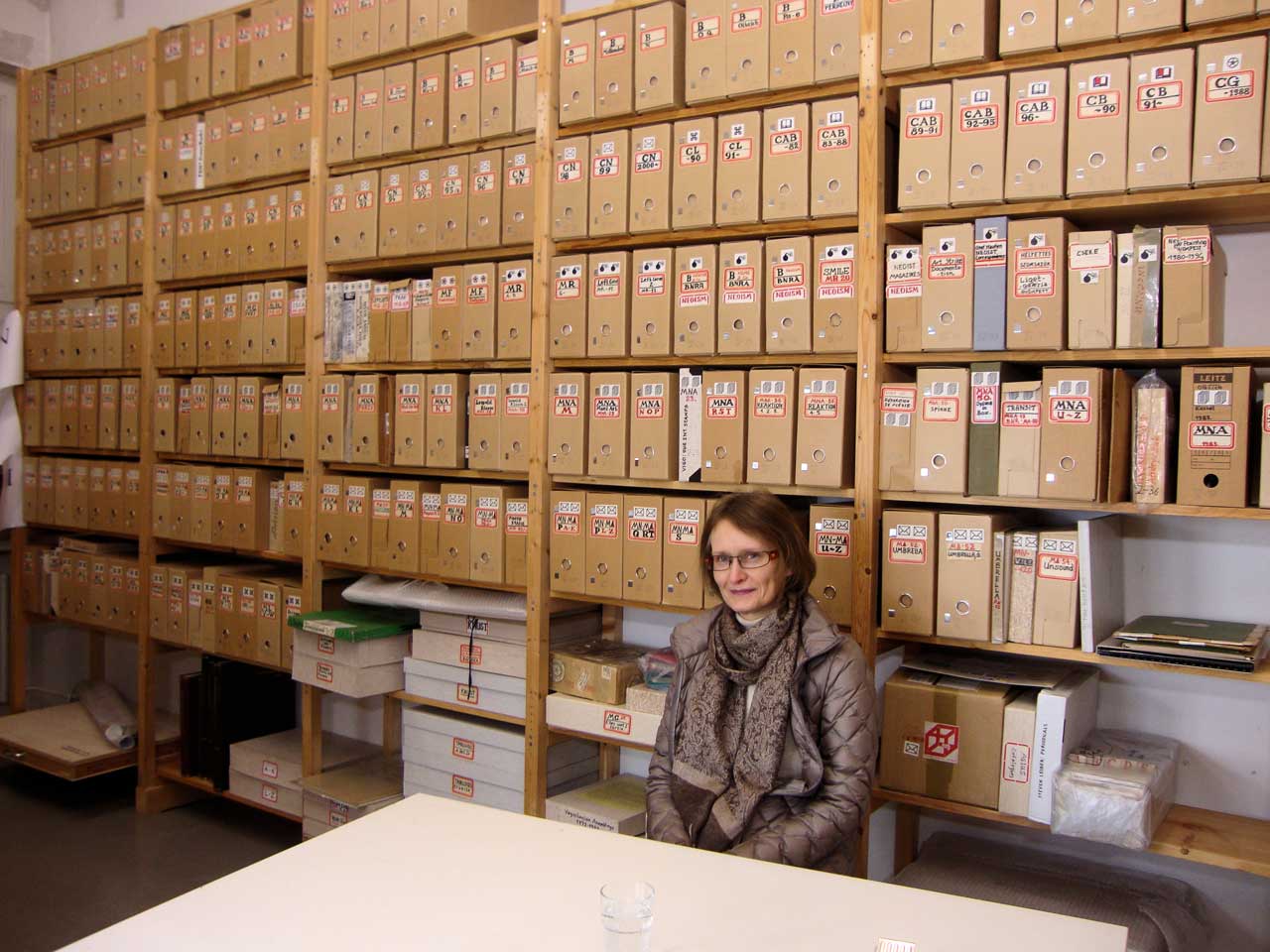 The Softgeometry Archive was established in Germany by Géza Perneczky in the early 1970s. It comprises approximately 10,000 artistic positions. The collection includes works by artists from Latin America to Japan or from Moscow to Los Angeles. Their works are distributed proportionally across all countries. Artists' publications and works of art from the Eastern Bloc make up about 25 percent of the archive.

The archive consists primarily of artists' publications since the 1970s or the art movements of late Fluxus, Mail Art, visual and experimental poetry, which have been realized in very limited editions and often handmade.
‍
The archive also contains texts and manifestos that have been written or published once, a collection of mostly small-format drawings, graphics, collages, photographs, revised envelopes that are stored alphabetically in ring binders, a collection of over 500 sheets of artist stamps, and a very extensive collection of project invitations (especially for mail art projects).

The archive also includes Pernecky's correspondence with institutions, artists and authors from 1971 to about 2000. The collection of the West Berlin Mail Art artist Graf Haufens, including his correspondence mainly with Neoist artists, is a self-contained collection that also complements the Soft Geometrry Archive.

The archive has already been opened up by Géza Perneczky. Everything is arranged alphabetically or chronologically. The different areas of books and magazines in the archive have been catalogued with the help of about 5,000 index cards. He has compiled two illustrated catalogue volumes about the individual works, which are also accessible via PDF files. A very extensive lexicon-like work of him is the two-volume Network Atlas, which has not yet been published, but is available in digital form.

Perneczky published two English-language books on the artist publications of his archive. The magazine network: the trends of alternative art in the light of their periodicals 1968-1988 was published in Cologne in 1993 (in two editions, one English and one Hungarian) and Assembling magazines, Budapest 2007, 1969-2000.

In 2014, the Center for Artist Publications took over Géza Perneczky's Softgeometry Archive in order to make it accessible for scientific research.